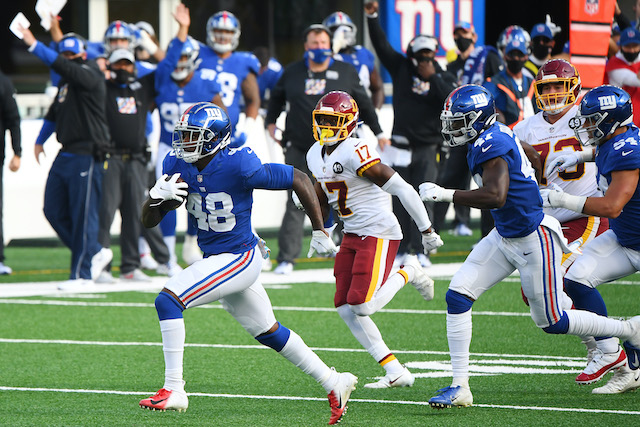 The New York Giants have activated place kick Graham Gano off of the Reserve/COVID-19 List and linebacker Tae Crowder and safety Xavier McKinney off of Injured Reserve. However, the team also announced that linebacker Oshane Ximines, who has been on Injured Reserve since early October, will undergo surgery Monday to repair his right rotator cuff. Ximines had returned to practice this week, but the surgery will end his season. He had started three of the first four games of the year.

Gano was placed on the Reserve/COVID-19 List after the team’s last game two weeks ago.

Crowder, who has been on Injured Reserve since October 20th with a hamstring injury, returned to practice on November 11th. Crowder, the last player selected in the 2020 NFL Draft, has played in five games this year with two starts.

McKinney was placed on Injured Reserve in early September 2020 with a fractured left foot that he suffered in training camp and that required surgery. The team’s 2nd-round pick in the 2020 NFL Draft, McKinney has yet to play in a game this year. He returned to practice earlier this week.