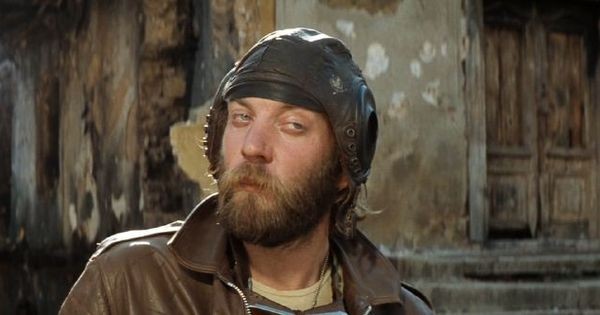 THE STORYLINE:
Perhaps I’m reading too much into the few clips I saw of the “Fan Fest” at the Meadowlands on Wednesday, but from the players to Head Coach Joe Judge, there seemed to be genuine joy at finally being able to play football in front of a live crowd again. Players danced around like little kids and Coach Judge couldn’t hide his huge grin. Remember, Judge and the players (many of them new Giants added to the team in the last 18 months) were cheated out of a regular, normal season last year. We fans were subjected to the NFL’s version of the “laugh track” as fake fan noise was pumped over TV broadcasts to hide the fact that 22 players were eerily smashing into each without anyone watching in person. The NFL and networks tried to make it seem normal, but we all knew it wasn’t.

Fast forward to August 2021. There are still oddities such as the Giants not allowing fans to attend training camp in person, but then permitting 30,000 fans to intimately congregate in the lower deck of MetLife. But we’ll take what we can get. After all, the NFL knows there are $$$ at stake. It’s why the League decided to add a 17th regular-season game. In order to appease the corrupt NFLPA, they threw the players a bone an eliminated one preseason game. Player development takes yet another hit. And so much the concern for “player safety.” Again, $$$.

But enough with the negative waves. Football is back. In front of actual fans. The Giants are perceived by many as an up-and-coming team in a division filled with question marks. Many fans feel Joe Judge is the right man to bring the team out of its longest dark age period since the 1970s. It’s a time for optimism.

THE INJURY REPORT:
Filling out this section without an actual official injury report is an exercise in futility. Right or wrong, Coach Judge and his medical staff appear excessively cautious in playing anyone with a boo boo. Fans have had to be accustomed to new injury list terminology such as “workload maintenance.” Athletes are now electronically tracked and decisions are made to sit players when the data tells them to do so. Welcome to 2021.

I will mention a few injuries that are at least a bit disheartening. Something seems to be going on with Kadarius Toney that the team is not telling us. Despite being the first player to be activated off of the COVID List, Toney is the one guy who still seems to be very limited in camp. Could COVID be affecting him differently than the other COVID players who have since come off the list? Sure. But Toney was oddly limited throughout the OTA period too. Something reeks of another underlying injury issue. Pure speculation on my part.

Also, TE Kyle Rudolph is still on the PUP and doesn’t appear close to returning. OLB Elerson Smith has missed almost all of camp with a hamstring injury. CB Aaron Robinson (core muscle) hasn’t practiced and is far behind because of offseason surgery. WRs Kenny Golloday (hamstring) and John Ross (hamstring) are both hurt (again) and that’s got to be at least somewhat worrisome to management. WR Austin Mack’s hamstring injury has probably knocked him out of contention for a roster spot.  After a promising early return by OLB Lorenzo Carter (Achilles), he has missed a lot of time with a calf injury. While he is back now, LG Shane Lemieux lost valuable practice time with a knee injury. RB Gary Brightwell has also missed time with an unknown ailment.

That all said, the team is pretty darn healthy at this point. The only serious injury of note was losing 3rd-string TE Levine Toilolo for the season.

NEW YORK GIANTS ON OFFENSE:
Joe Judge made the odd decision to not play Daniel Jones. He said he is going to treat this first preseason game as teams used to play the final preseason game. If true, that means a lot of starters won’t play. However, Judge also later indicated that expected most players to play. So who the heck knows who will play and for how long? Without the starting quarterback, RB Saquon Barkley, WR Kenny Golladay, and TE Kyle Rudolph playing, combined with the fact that the first preseason games are almost always ugly, don’t expect to come out of the first game feeling good about the offense.

So what to watch? Obviously the offensive line. All eyes will be on Andrew Thomas, Shane Lemieux, Nick Gates, Will Hernandez, and Matt Peart. If they play. The Giants could still sit Lemieux and the others may not play much. The Giants are still where they planned to be at tackle. Thomas and Peart starting with Nate Solder backing up both (and Solder has had a good camp according to Judge). But inside depth took a huge hit with the retirements of Zach Fulton (the Giants were counting on him for insurance for Hernandez) and Joe Looney (quality depth behind Gates). If Lemieux and/or Hernandez struggle, the Giants don’t have a lot of fallback options on the roster. Kenny Wiggins has been playing with the first team with Lemieux out, so keep your eye on him. The rest of the second-team OL has really struggled in camp. There really isn’t a decent #4 tackle or guard on the team right now. Expect the Jets to run around these guys with ease. Another reason why Saturday night may be ugly.

What else to watch? The battle behind Saquon Barkley for the #2 running back spot. Devontae Booker has received most of the reps, but Corey Clement has been pressing him. At receiver, the Giants will likely go with Golladay, Sterling Shepard, Darius Slayton, and Kadarius Toney, but a whole slew of players are vying for the #5 and #6 spots, including John Ross, David Sills, C.J. Board, and Dante Pettis. This is a very big game for these guys. TE Cole Hikutini has a chance to make the team now with Toilolo done for the year. Lastly, the performance of Mike Glennon is more important than many realize. Daniel Jones has yet to complete a full season without getting hurt.

NEW YORK GIANTS ON DEFENSE:
Most of the defense seems settled except for the all-important outside linebacker spots. Leonard Williams and Dexter Lawrence will lead the defensive line up front. The big question here is can Austin Johnson and Danny Shelton adequately replace Dalvin Tomlinson at nose tackle? Depth is provided by B.J. Hill but Raymond Johnson and David Moa have been making some noise at camp. Keep an eye on them.

At inside linebacker, I would expect Blake Martinez and Tae Crowder to start with Reggie Ragland and Carter Coughlin (who can also play outside) providing depth. Outside is more of a mess because of the injury question marks with Lorenzo Carter, Oshane Ximines, and Elerson Smith. Is Smith now at risk for being redshirted this year? The good news is that Azeez Ojulari has received a ton of first-team reps and seems primed to take a starting spot sooner than later. But with so many other guys missing, Ifeadi Odenigbo has become more important than expected and some guys who we assumed were not long for the team (Niko Lalos and Trent Harris) remain in the picture. The one guy who I am very curious to watch is Cam Brown. It seems like he is making a play in every practice. There are a lot of bodies here and not many roster spots.

The secondary appears deep and talented. I love the situation at safety with Jabrill Peppers (admittedly an up-and-down player), Logan Ryan, Xavier McKinney, and Julian Love. The studs at cornerback are James Bradberry and Adoree’ Jackson. An underreported absence has been CB Aaron Robinson. Perceived by many as a 1st-round talent, his loss has been ameliorated by the play of CB Rodarius Williams. Still, this team will be much better when Robinson is available and forces Isaac Yiadom and Madre Harper further down on the depth chart. (Though I am curious to see what the Giants have in Harper). CB Darnay Holmes appeared to have a rough start to camp but has been making a lot of plays lately. He’s in a battle with Love for playing time at nickel corner.

NEW YORK GIANTS ON SPECIAL TEAMS:
Kickers are set even though Ryan Santoso has impressed to the point where the Giants may want to showcase him in the preseason for a possible late-round draft pick. The questions remain in the return game. The Giants unofficial depth chart has John Ross and Jabrill Peppers as the primary kickoff returners and Peppers and Adoree’ Jackson as the primary punt returners. Kadarius Toney is listed #3 in both spots. I wouldn’t want to see the Giants use Peppers or Jackson in the preseason.

FROM THE COACH’S MOUTH:
Head Coach Joe Judge on the first preseason game: “So right now we haven’t talked to players about who will be in the game, won’t be in the game and the amount of plays, so I’m not going to go into specifics on each player. We expect the majority of our players to play. There are a couple guys we’ve decided for one reason or another, all different reasons, they won’t play in this game, but we’ll talk to the players later today and make sure they know.”

THE FINAL WORD:
I say this every year, but don’t make too much out of the first preseason game. Also, the Jets always take this game much more seriously than the Giants. It’s a weird pride thing for them.

I will say this, the depth situation on the interior of the offensive line is a cause for concern. If Fulton and Looney were there, it would be better. But they aren’t. Guys who will be receiving major playing time up front include Brett Heggie, Chad Slade, Kyle Murphy, Jake Burton, and Jackson Barton. Who? What? Oh boy.