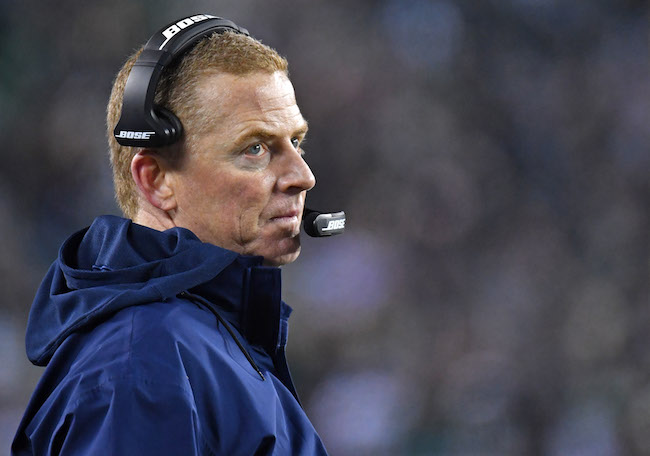 Garrett also was a well-traveled, journeyman back-up quarterback who spent time with five NFL teams, including the New York Giants (2000-2003).

REPORT – JOE JUDGE INTERVIEWED MIKE SHULA FOR OFFENSIVE COORDINATOR…
ESPN is reporting that new Head Coach Joe Judge interviewed Mike Shula for the team’s vacant offensive coordinator position on Monday. Shula served in the same capacity for the Giants under recently-fired Head Coach Pat Shurmur in 2018-2019. However, Shula did not call the plays under Shurmur, who handled those responsibilities himself.

REPORTS – PATRICK GRAHAM ALSO DESIGNATED ASSISTANT HEAD COACH…
Multiple sources are reporting that Patrick Graham will not only be the team’s new defensive coordinator, but will also be given the title of assistant head coach. The 40-year old Graham served with new Head Coach Joe Judge on the New England Patriots staff from 2012 to 2015 until he joined former Head Coach Ben McAdoo’s staff with the Giants in 2016-2017. Graham’s first year as a defensive coordinator was 2019, when the undermanned Miami defense finished 30th in the NFL in yards allowed and 32nd in points allowed.

REPORTS – NEW YORK GIANTS ASSISTANT COACHES NOT BEING RETAINED…
According to various reports, the following New York Giants assistant coaches who served under former Head Coach Pat Shurmur will not be retained:

DEXTER LAWRENCE NAMED TO PFW ALL-ROOKIE TEAM…
The Professional Football Writers of America (PFW) have named defensive lineman Dexter Lawrence to their 2019 All-Rookie Team. Lawrence started all 16 games, playing 63 percent of all defensive snaps, and accruing 38 tackles, 2.5 sacks, 1 pass defense, and 1 forced fumble. The Giants drafted Lawrence in the 1st round of the 2019 NFL Draft.