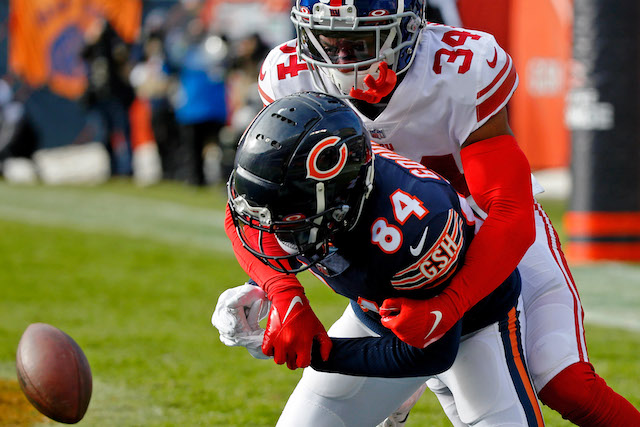 The Giants signed Williams to the Practice Squad in late September 2021 and the 53-man roster in December. He ended up playing in six games with two starts (49 percent of snaps in those games) and finished the season with 17 tackles and one pass defense. In the two games that he started, Williams impressed in one and struggled in the other. Williams was originally signed by the Arizona Cardinals as an undrafted rookie free agent after the 2020 NFL Draft. The Giants signed signed Williams in early August 2020 after he was waived by the Cardinals. He spent most of 2020 on the Giants’ Practice Squad, but did play in two games exclusively on special teams.

The Giants signed long snapper Kreiter s an unrestricted free agent from the Denver Broncos in April 2020. The 6’1”, 250-pound Kreiter was originally signed as an undrafted rookie free agent by the Dallas Cowboys after the 2014 NFL Draft. After spending two camps with the Cowboys, Kreiter made the Denver Broncos in 2016. He made the Pro Bowl for his performance in 2018.

GIANTS DO NOT TENDER JAKE FROMM AND J.R. REED…
The Giants have not tendered quarterback Jake Fromm and safety J.R. Reed, both of whom were set to be an exclusive rights free agents on Wednesday. This means the team is unlikely to want to re-sign either.

The Giants signed Fromm to the 53-man roster from the Practice Squad of the Buffalo Bills in late November 2021. Due to injuries to the other quarterbacks and the ineffective play of Mike Glennon, Fromm unbelievably was thrust into the starting line-up for two games and coming off the bench in a third. The results were not good, with Fromm completing 45 percent of his passes for 210 yards, one touchdown, and three interceptions. He finished with a terrible 38.9 quarterback rating and was 0-2 as a starter. The 6’2”, 215-pound Fromm was originally drafted by the Bills in the 5th round of the 2020 NFL Draft.

The Giants signed Reed off the Practice Squad of the Los Angeles Rams in late October 2021. He played in eight games with New York with no starts (10 percent of defensive snaps in those games) and was credited with 13 tackles. He saw extensive time in two mid-season games, playing poorly in one and better in the next. The 6’1”, 194-pound Reed was originally signed as an undrafted rookie free agent by the Jacksonville Jaguars after the 2020 NFL Draft. The Jaguars waived him in September 2020. Reed was then signed by the Rams, where he spent time on both their Practice Squad and 53-man roster. He has played in a total of 16 games, with no starts.

For an overall of the Giants’ free agency activity, see the New York Giants 2022 Free Agency Scorecard section of the website.

MEDIA SESSION WITH JON FELICIANO…
The video of the media session with center/guard Jon Feliciano is available on YouTube.

Feliciano confirmed that the Giants will use him at center.

“I’ve been in a lot of people’s ears for a lot of years trying to get into the center position,” Feliciano said. “I honestly think it’s my best position, and I’m just really excited to finally get to show what I’ve got… It was definitely – I wanted to play center. There were other teams that were talking, and I believe in myself, and I believe that the center position is where I’ll be best. Thankfully, (offensive line coach) Bobby (Johnson) and (head coach Brian) Daboll agreed and we got it to work out.

“Going back to my Oakland days, I had a guy, Rodney Hudson, who’s a top-tier, one-two center, the last 10 years. I got to pick his brain and learn from him, and (former Raiders’ offensive line coach) Mike Tice, and (his assistant) Tim Holt, I took those four years of being a rotational guy, a backup guy, to learn a position that I didn’t play in college (Miami). In college, I played both tackles and then left guard.

“So, from those first four years I got to learn center and I really fell in love with it. Just the responsibility that is on your hands to come in every week and everything is basically on you. You’ve got to know the defense. You’ve got to make all the calls for the guys around you. I take a lot of pride in knowing that stuff.”