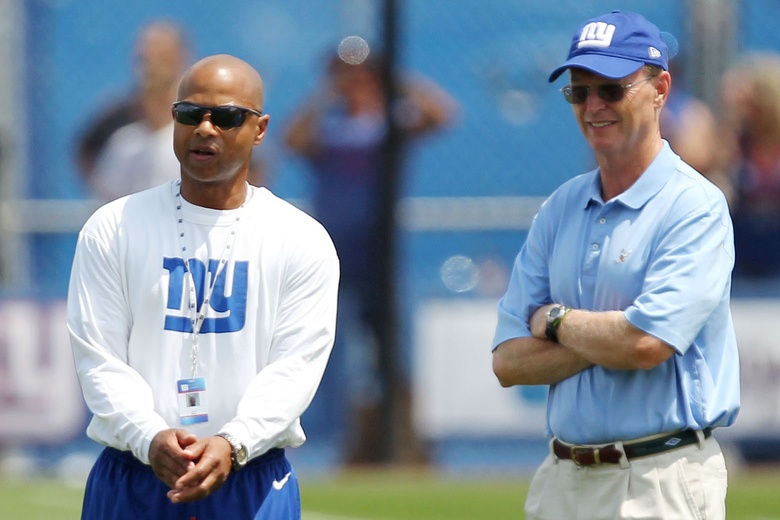 Tom Coughlin and Giants Agree to One-Year Contract Extension: Head Coach Tom Coughlin and the New York Giants have agreed to a 1-year contract extension reported to be around $7 million. Coughlin’s contract had been set to expire after the 2014 NFL season. Coughlin last agreed to a 3-year, $20 million contract extension after winning Super Bowl XLVI. He is now signed through the 2015 NFL season.

“I had great confidence that it would happen,” said Head Coach Tom Coughlin on Friday. “And it did.”

Coughin on OG Chris Snee, who is recovering from elbow and hip injuries. “I think there’s no question (he intends to play in 2014)…I think certainly there’s a natural, built-in timetable as far as progress goes along here. He’s in the rehab aspect of it. For anyone that has been injured, the rehab and all of those things come into play as you start to formulate where you are. Right now, I’m optimistic about it. He’s progressing well, he’s working, he’s building himself up. He’s feeling good and he’s looking forward to feeling better. So all I can tell you is that he’s made very good progress.”

No New Deal Currently in the Works for Eli Manning: According to The Star-Ledger, there have been no discussions between the New York Giants and quarterback Eli Manning to re-structure his current contract. Manning has two years left on his current contract. He will count $20.4 million against the estimated $130 million 2014 NFL salary cap – the fourth highest cap number in the NFL.

In order to re-structure a contract, the contract is usually extended with more guaranteed money. The Giants do not appear willing to do that at this time according to The Ledger.

Hakeem Nicks Changes Agents, Not Likely to Re-Sign with Giants: Wide receiver Hakeem Nicks, who is set to become an unrestricted free agent on March 11, has changed agents. Like wide receiver Victor Cruz, Nicks will have his contract negotiations handled by the agency CAA while his marketing affairs will be handled by Jay-Z’s RocNation. Nicks was formerly represented by agent Peter Schaffer.

A number of current Giants have relationships with CAA, including Cruz, quarterback Eli Manning, and defensive end Mathias Kiwanuka.

According to NJ.com, an unidentified source says the chances of Nicks re-signing with the Giants are “close to zero.”

Head Coach Tom Coughlin did not sound overly optimistic on Friday when asked about Nicks.

“He’s a free agent,” Coughlin said. “Who knows? You’d basically like to have all of your free agents back. That doesn’t happen. You have guys that are injured, you have limitations on salary. I’m sure that the (free-agent) market will be where Hakeem will go and we’ll see what happens.”

Article on the New York Giants and the 2014 NFL Draft: NY Giants focused on helping Eli Manning through NFL draft this offseason by Ebenezer Samuel of The New York Daily News